Photographs above courtesy of Fran Kent.

Presentation Day for 2016/17 Season was held on Sunday 11th June 2017 at the Windmill Centre, Deddington.

Special recognition was given to Gary Dawkins and Mike Lewis for their service to the club as retiring Under 16 managers. 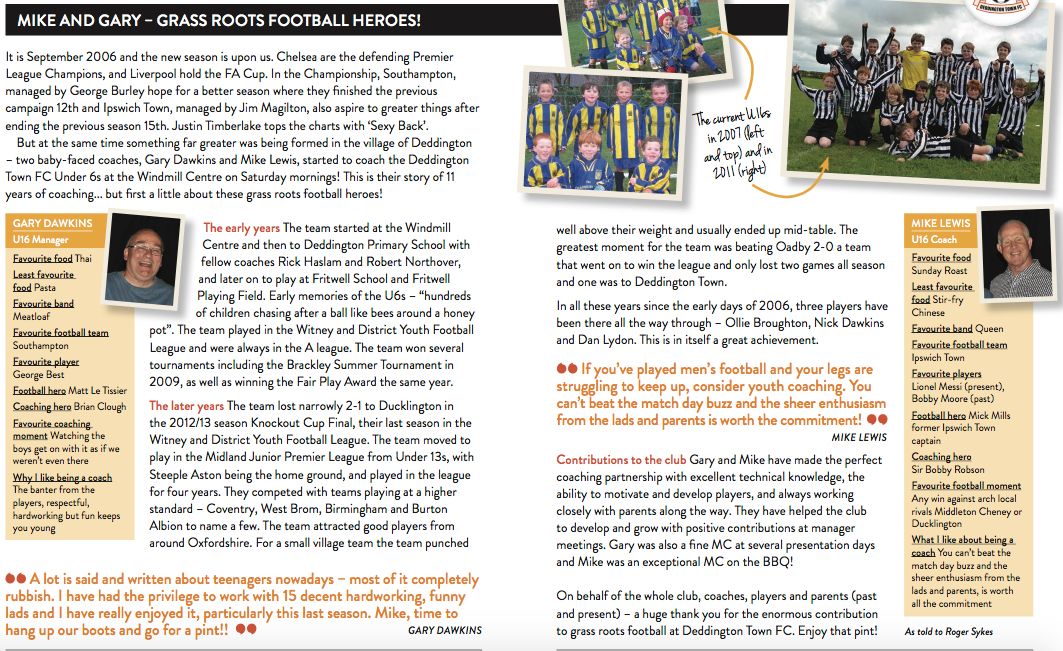